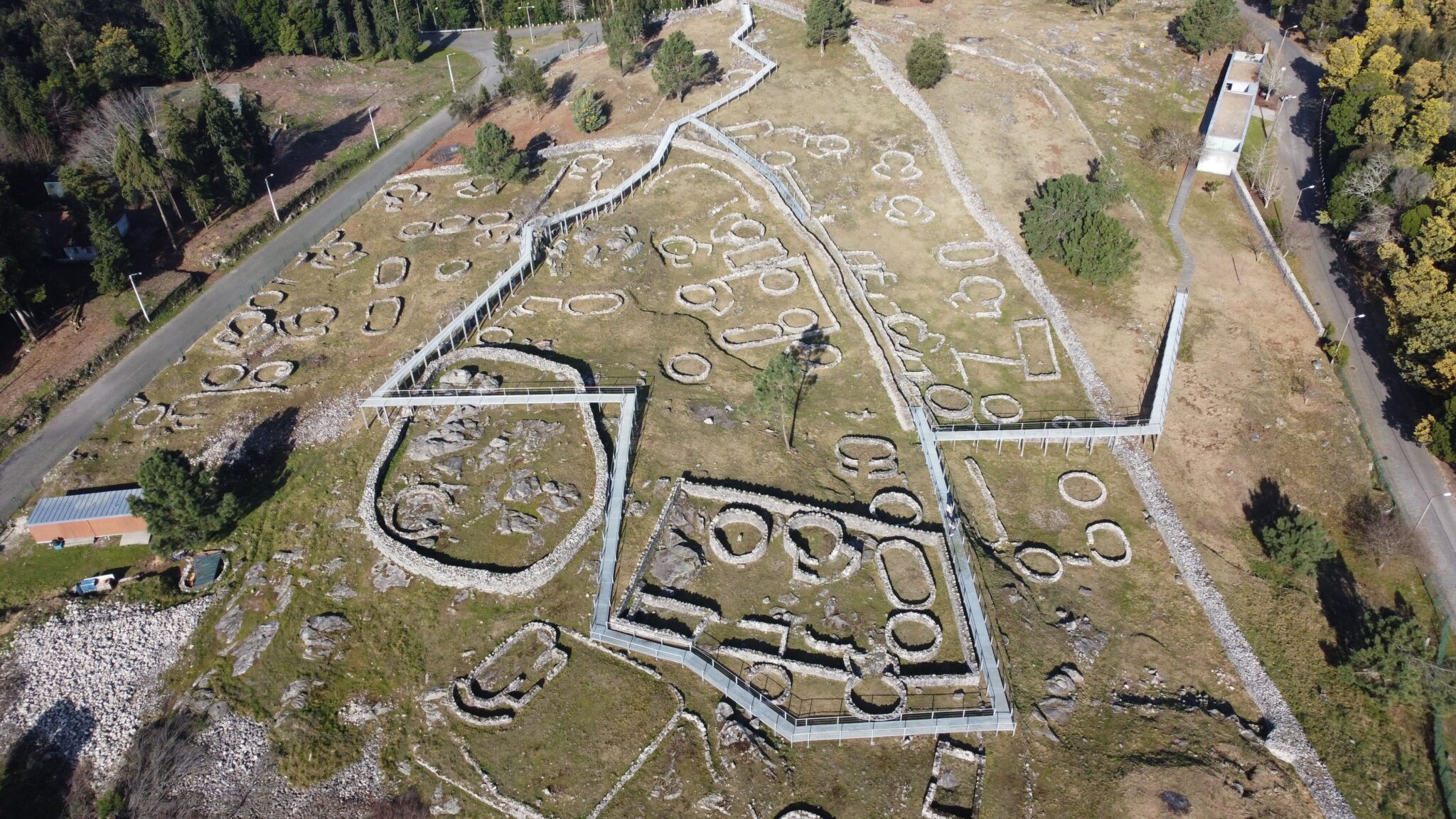 The Citânia de Santa Luzia, known locally as “Cidade Velha” (old city), is one of the best known castros (fortfication) in Northern Portugal and, undoubtedly, one of the most important for the study of the Proto-history and Romanization of Alto Minho.

The city, fortified in the “proto-urban” style (with rooms grouped in districts and circular or rectangular buildings facing south), is believed to have been inhabited between the Iron Age and Romanization. It is located in a strategic point, from where the estuary and the mouth of the Lima River were controlled, as well as the Atlantic Ocean itself. The first excavations in the castro date back to the end of the 19th century, and only a third of the original surface is preserved, due to modern constructions and access.

Defensive character is identical to that seen in Briteiros, or in other forts on the Galician side such as Os Castelos (Entrimo), Lobosandaos in Bande or Nocelo da Pena in Sarreaus, with walls and moats. In addition, its distribution suggests an intense use of agricultural activities and exploitation of maritime-river resources. The arrival of the Romans changed the internal layout of the fort. Some of the houses had an atrium and even ovens for cooking.