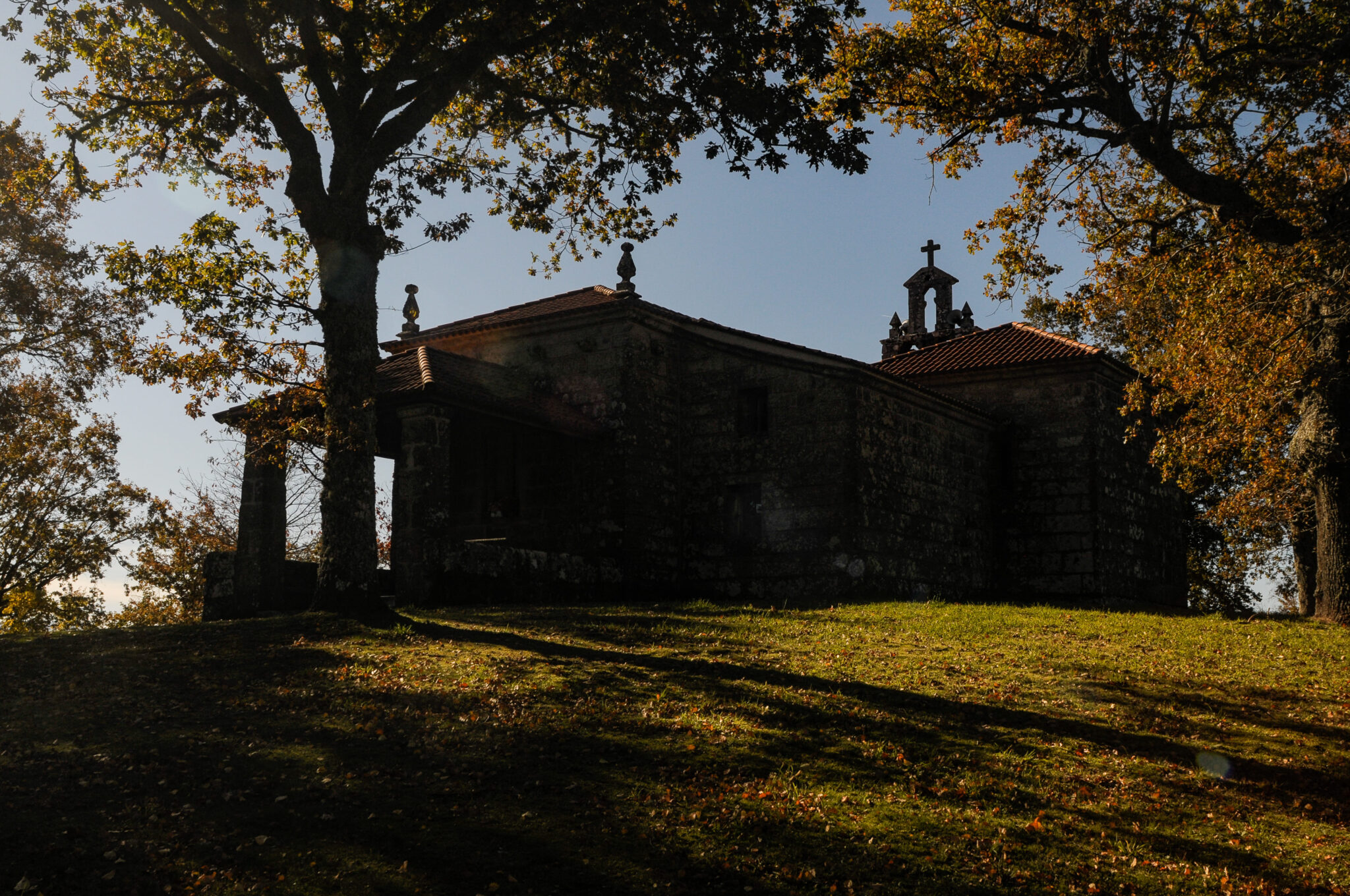 The chapel of Nossa Senhora do Viso is located in Monte d’O Viso (Serra do Leboreiro), from where you can see a large part of Baixa Limia. It is located very close to the Portuguese border by Castro Leboreiro.

The chapel is located at an altitude of 852m, occupying the hill where popular belief says that there was an old fortified village. It preserves Romanesque traces: a semicircular arch and the inscription “ERA MCCCXL” probably alluding to the date of construction. However, the oldest surviving reference is from the 17th century.

His situation has brought quarrels several times in history. The first, in 1693, when the parish priests of Sta. Comba de Bande and S. Vicente de Lobeira litigated over the rights to the sanctuary. The resolution came two years later, dictating that the hermitage should be mixed between Lobeira and Sta. Comba.

The second trial will take place at the end of the 18th century. The fervent devotion to the virgin gave rise to a brotherhood “Brothers of the Venerable and ancient brotherhood of Nossa Senhora do Viso”. She had a “butler” who took care of the keys to the chapel and took care of its upkeep. This Brotherhood wanted to make a procession from the place to Sta. Cruz de Grou, but the parish priest of Lobeira refused. The sentence of this trial has not been handed down. Resigning the parish priest of Sta. Comba having his rights, Lobeira imposed his authority on the Brotherhood, causing their disappearance.

The façade that we see today is the result of a remodeling in the Baroque period (1741), and is also the door and the stove that houses the image of the Virgin.

It has a rectangular plan, apse with sacristy and annexed chapel from the 18th century.

Inside, we can see two altarpieces dedicated to the Virgin and Saint Christ. The image of Our Lady is called “dressing”, it has only the sculpted hands and face. Dating from the end of the 19th century.

The pilgrimages of “Viso Grande” (Pentecost Sunday) and “Viso Pequeno” (8 September) are celebrated around the sanctuary.

Church of Our Lady of Viso 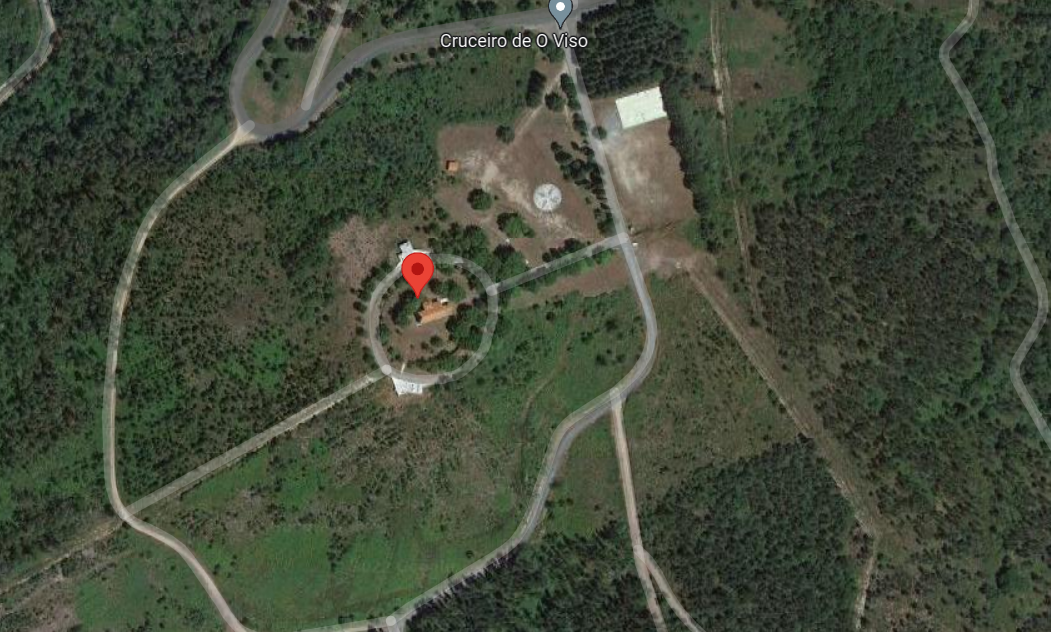 The smaller bell dates from 1860 and reads the inscription “look at me and leave me”.

You can walk around the church, which is easily accessible by car. The temple is usually closed outside of worship days.