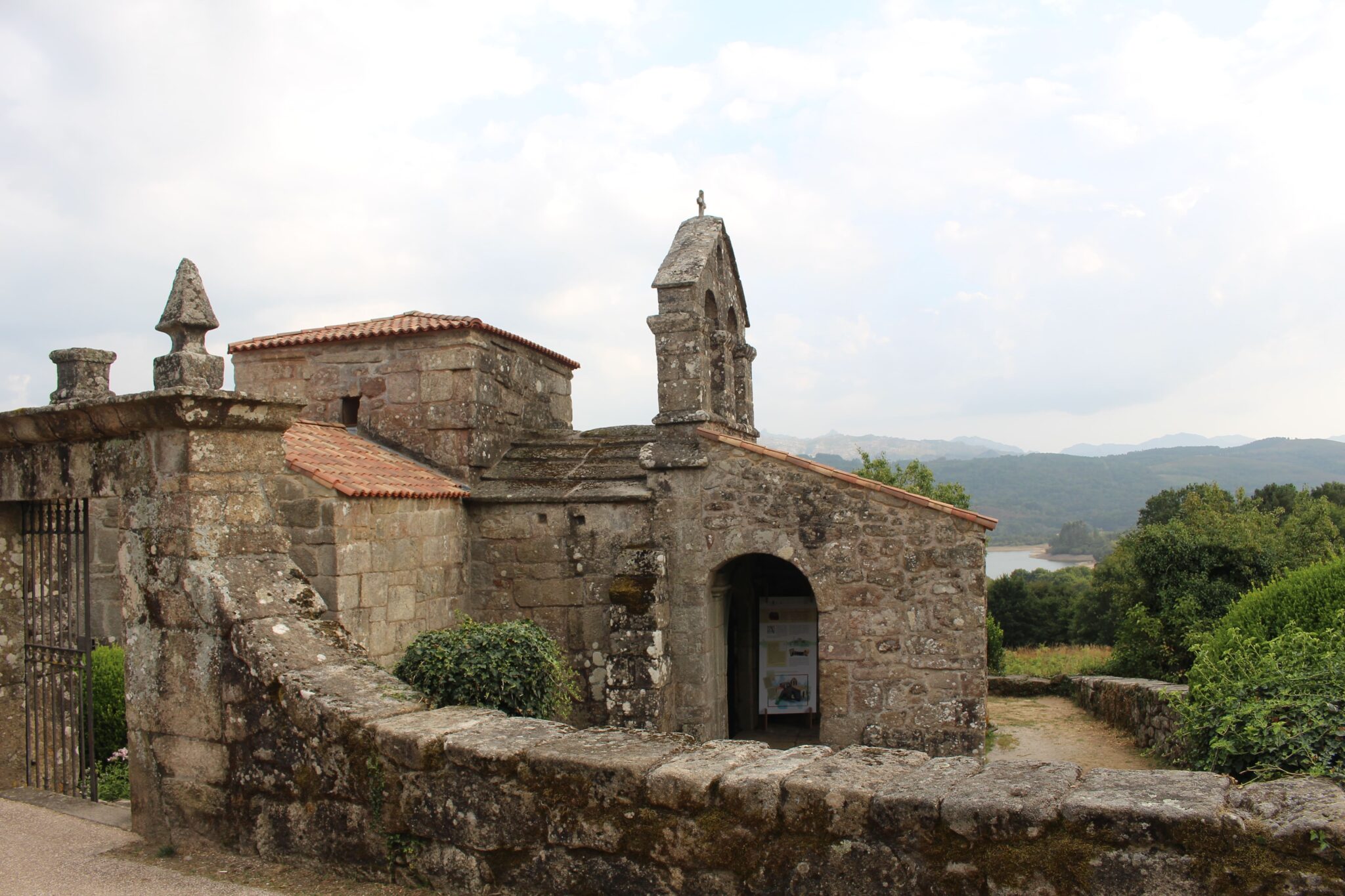 Pre-Romanesque church from the 7th century located in Santa Comba, municipality of Bande. It is in a magnificent state of conservation. It is a reference of pre-Romanesque art both in the province of Ourense and in the rest of the Peninsula. Its original factory is preserved from the pillars to the vaults and from the apse at the foot of the nave. These values endorsed its declaration as a National Monument in 1921, being the first building in the province of Ourense to achieve such a distinction.

It is a monastic type temple, with a Greek cross plan, inscribed in a rectangle. There lived a small community of monks. Its function was to help, physically and spiritually, the walkers who passed through it. Unlike the church, these other living spaces for monks and pilgrims have not survived to the present day.

Inside the temple we appreciate the great simplicity of the forms and compositions. The naves are covered by half barrel vaults, using horseshoe arches as supports. The ciborium has an edge vault made using the Roman herringbone technique. Opens multiple windows using brace-based decor. Access to the presbytery is via a horseshoe-shaped triumphal arch resting on four columns, two on each side with decorated capitals.

Above the vault of the apse was a small chamber which was accessed through an interior window opened in the nave wall. This window currently faces the outside. In this part of the temple, we can see the sculptural image of San Torcuato and a set of murals, after the construction of the church. They were discovered unclogging the walls in the first restoration work of the 20th century. They date from the first half of the 16th century. Above is a bust of an as yet unknown character, for some it would be the patron saint of the church, San Torcuato, and for others “San Martiño”. The Holy Trinity was painted on the vault. On a starry background appears the Creator God holding the crucified Christ and, between them, the Holy Spirit. Around him are the four evangelists in their tetramorphic forms (Saint John the eagle, Saint Matthew the man, Saint Mark the lion and Saint Luke the bull) In the inner part of the tourist arch are represented the sun and the moon surrounded by plant motifs and stars.

In its interior, abundant traces of archaeological and historical interest were recovered. Highlight for a marble sarcophagus identified in the right chapel, historically associated with San Torcuato. Likewise, a Roman milestone emerged, reused as the foot of a baptismal font and two altars, one dedicated to Mars and the other to Jupiter. The one on Mars is now in the Archaeological Museum of Ourense.

Outside, the remains of the adjacent chapel used for baptisms can still be seen, with the font still preserved. And at the entrance, on the south wall, an inscription recalls the chapel of Gaspar Rodríguez (“Esta chapel fvndo y doto Gaspar / Rodrigvez de aravio abbad de sancta comba anno”) together with a relief of its shield. 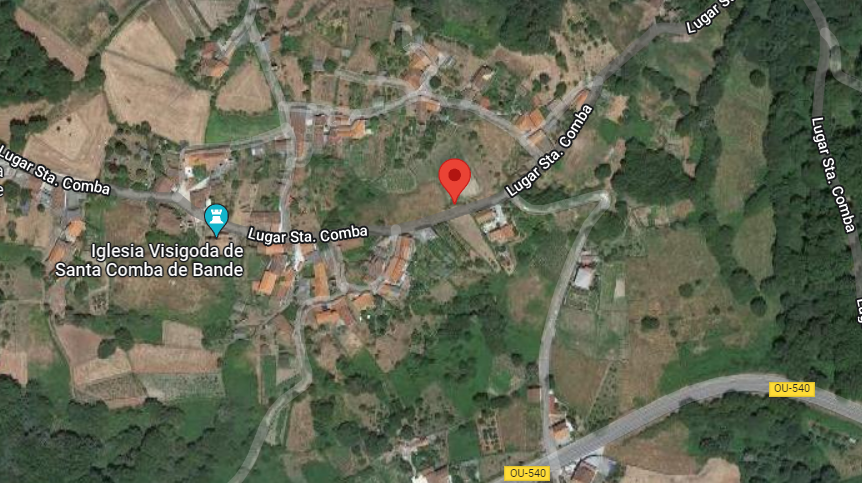 Popular tradition speaks of Santa Comba as the patron saint of witches. Before becoming a saint, she was a very cruel woman, murderer and witch. It is said that one day she came across Jesus, who asked her where she was going, and she replied that she was in his office. Then the Lord said to him: “Believe me, make me smile, but you do not enter to my kingdom”. Hearing this, Comba was afraid, did penance, converted and became a saint.

Another denomination of the church is San Torcuato de Santa Comba de Bande. This invocation refers to the transfer of the mortal remains of the saint of Guadix, in Granada, to Santa Comba after the Muslim invasion of the peninsula. It is said that San Torcuato was one of the first disciples of the Apostle Santiago. In the 17th century, his remains were transferred again, this time to Celanova, where some of them still lie.

External access to the temple is free. To schedule visits, it is advisable to contact the Municipality of Bande on 0034 988 443 001. Local people from the village can open the church too.