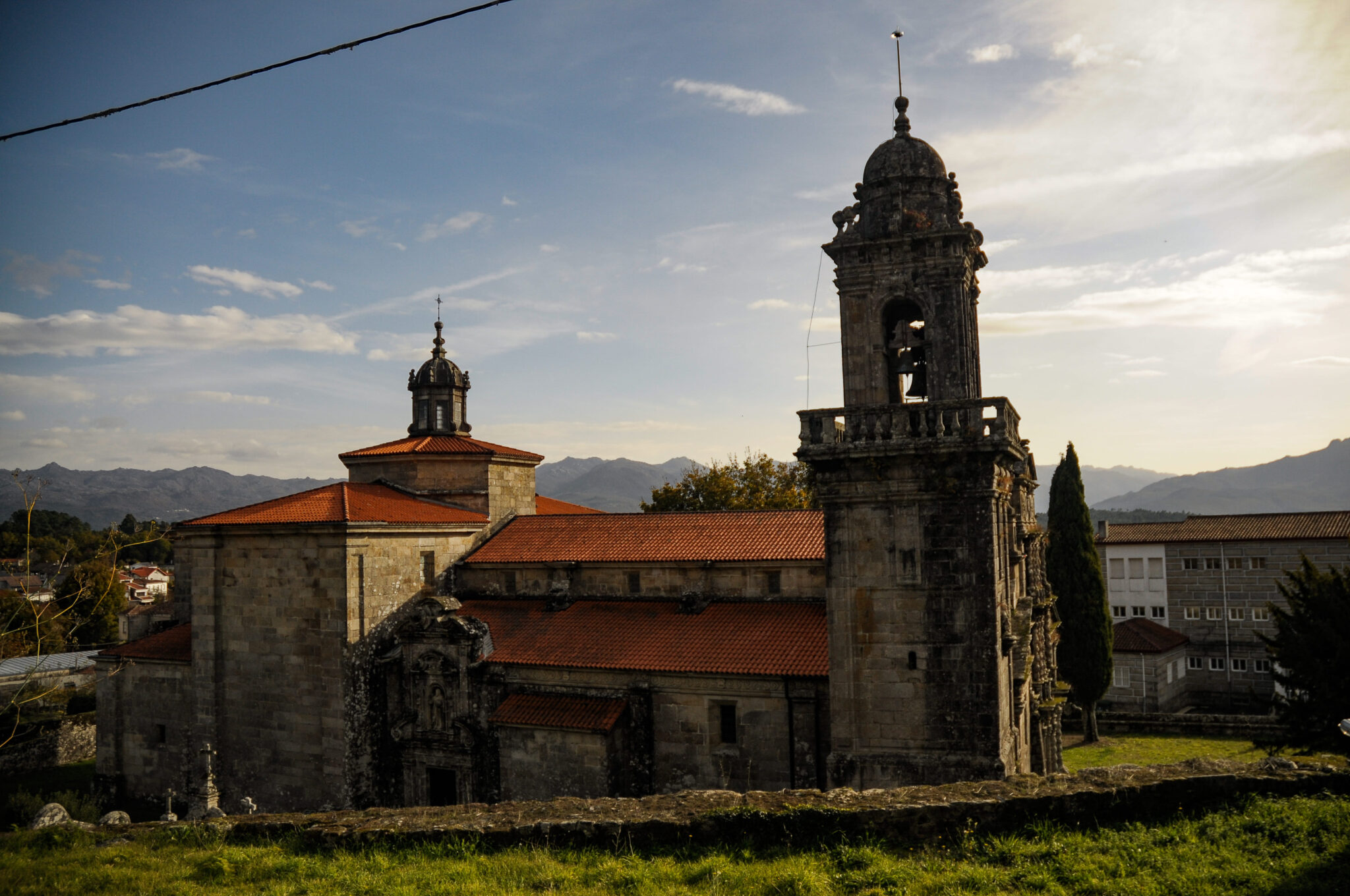 This church is declared a Site of Cultural Interest and represents the highest expression of Baroque art in Galicia. It is located in the capital of the municipality of Entrimo. Originally, the parish was dedicated to San Salvador. It would be later when it was renamed Santa Maria. It was a royal possession according to a dispute recorded between the first Count of Ribadavia, Bernardino Vinha, and the neighbors of Entrimo in 1502.

Pascual Madoz, a Spanish liberal politician, wrote in the late 19th century in his gazette that the church of Sta. María de Entrimo “is one of the best in the province for its strength, capacity and beauty”.

It was built in the 18th century, although the final work responds to several construction phases. There is news in the parish books that the works began in 1708. They would remain uninterrupted until 1711. Then they would expand in time until the end. The bell tower has an inscription dating from 1727.

The building is big. It has a Latin cross plan and three naves. Its size meant that they had to expand where it stands. A fall separates the temple from the rectory, which is saved by a beautiful staircase. Faced with this, an ordeal that closes the Via Sacra that surrounds the enclosure.

The main façade of the church is remarkable for its great work. It looks like a stone altarpiece. Its sculptural development is splendid. Surrounding the door that gives access to the interior, there are three pairs of columns, fluted and Solomonic. The decoration of this space is made with plant elements. In the upper part of the body stands the central niche with the image of Mary in an attitude of prayer, on a throne of angels and crowned by two cherubs. Above it, on the third floor, another sculptural group formed by the images of the Holy Trinity. They wear a crown, alluding to the coronation of the Virgin.

In the attic, as a pediment, stands the coat of arms of Castile and Leon and under a broken pediment crowned with small statues of angels playing string instruments.

This main façade ensemble has twenty-two columns; no other church has so many. The side doors are also decorated in the form of altarpieces, but in a simpler way. St. Joseph and the Child Jesus stand out, accompanied by six columns.

The left cover resembles other Baroque monuments and has no connection with the previous two. The decoration is similar to that of any monument of the time in the city of Santiago de Compostela, and may have some resemblance to the Igreja do Carmo in Oporto. Thus, pillars and not columns are used; pediment with volutes and niche that houses the figure of Christ the King.

On this same side we find the bell tower of the temple. Its interior is articulated in three naves separated by pilasters. The roofs are cross vaulted. Of particular note are the altars and the images they house in their original colors, recovered a few years ago. 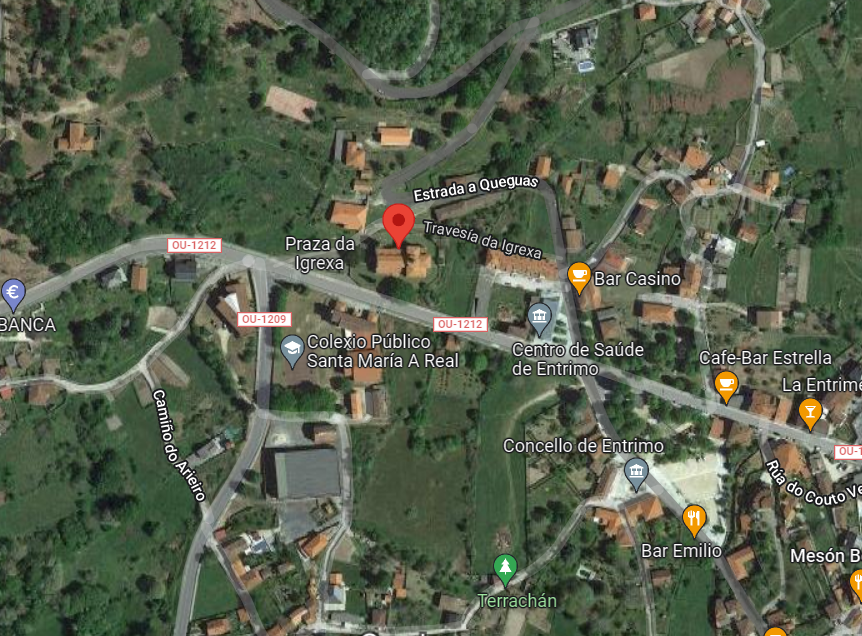 The ethnographer and scholar of Galician folklore, Xaquín Lorenzo, collected a song about the temple:

Free access to the outside, easily accessible by car. Occupational schedules must be observed for visiting the interior.