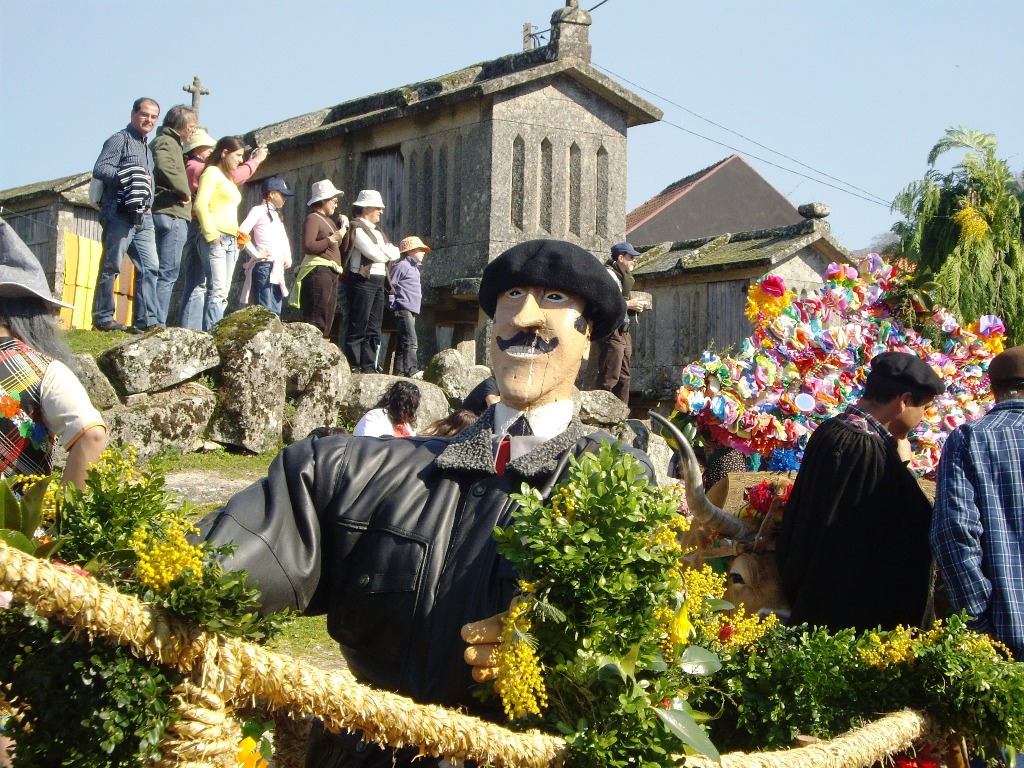 The entrudo (carnival) of Pai Velho, in the border parish of Lindoso, is a unique tradition in Portugal, but it is similar to some neighboring carnivals on the Galician side. This is an ancient ceremony that marks the beginning of the agricultural year for mountain people, who bid farewell to winter and celebrate the arrival of spring. The parties begin almost at the foot of the granaries, with Lindoso Castle in front, to the sound of drums, concertinas, castanets and various chants. The “Enterro do Pai Velho” begins on Shrove Tuesday with a parade of two ox carts, one with a wooden bust (“the old father”, winter) and the other “das Ervas” (spring). Behind them, all neighbors, singing traditional songs. Among them there are a dozen blank figures, each with a lit candle and a cross on the front, with groans and cries, “Goodbye Old Father – you were a good Father.”

At night, figure is burned in the center of the village, with a satirical parallel reading of local anecdotes (much in the style of Laza’s “will of the donkey”, in Ourense) Bust is kept for the next year. This type of ritual with medieval roots is performed in Castelo and Parada, on Carnival Sunday and Tuesday.

Obviously, party is seasoned with the good cuisine of the area, with stew, spare ribs, paio or salpicão, accompanied by prime vegetables. 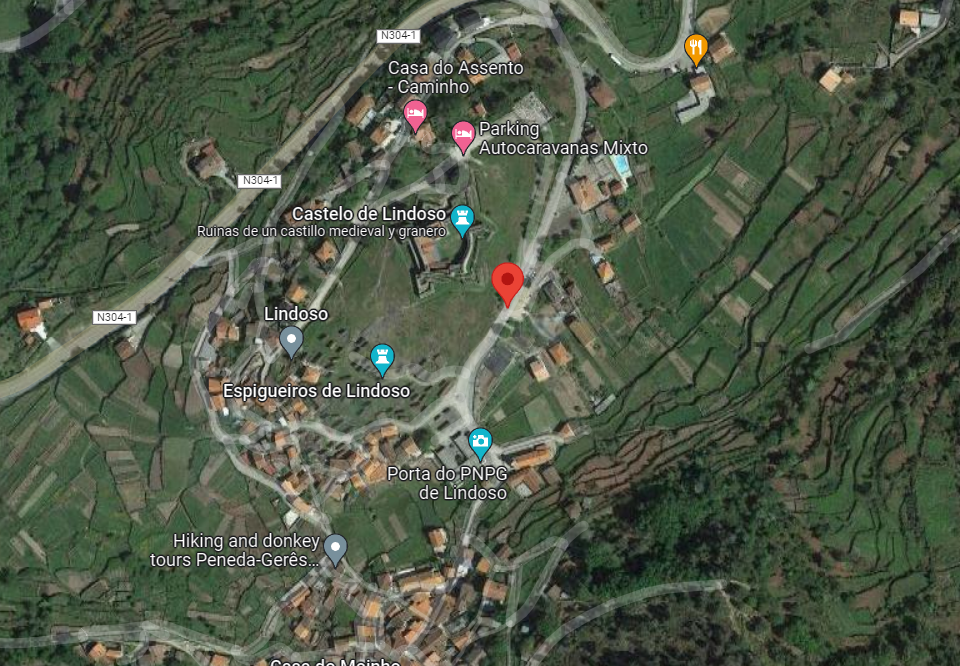 Carnival is in itself a mystery, a gift to the senses that was left to us by the legacy of our ancestors in the form of intangible heritage, passed on from generation to generation for centuries. In this area, the Entrudo of Lindoso is one of the most famous, remaining almost intact for a long time. As the popular saying goes: