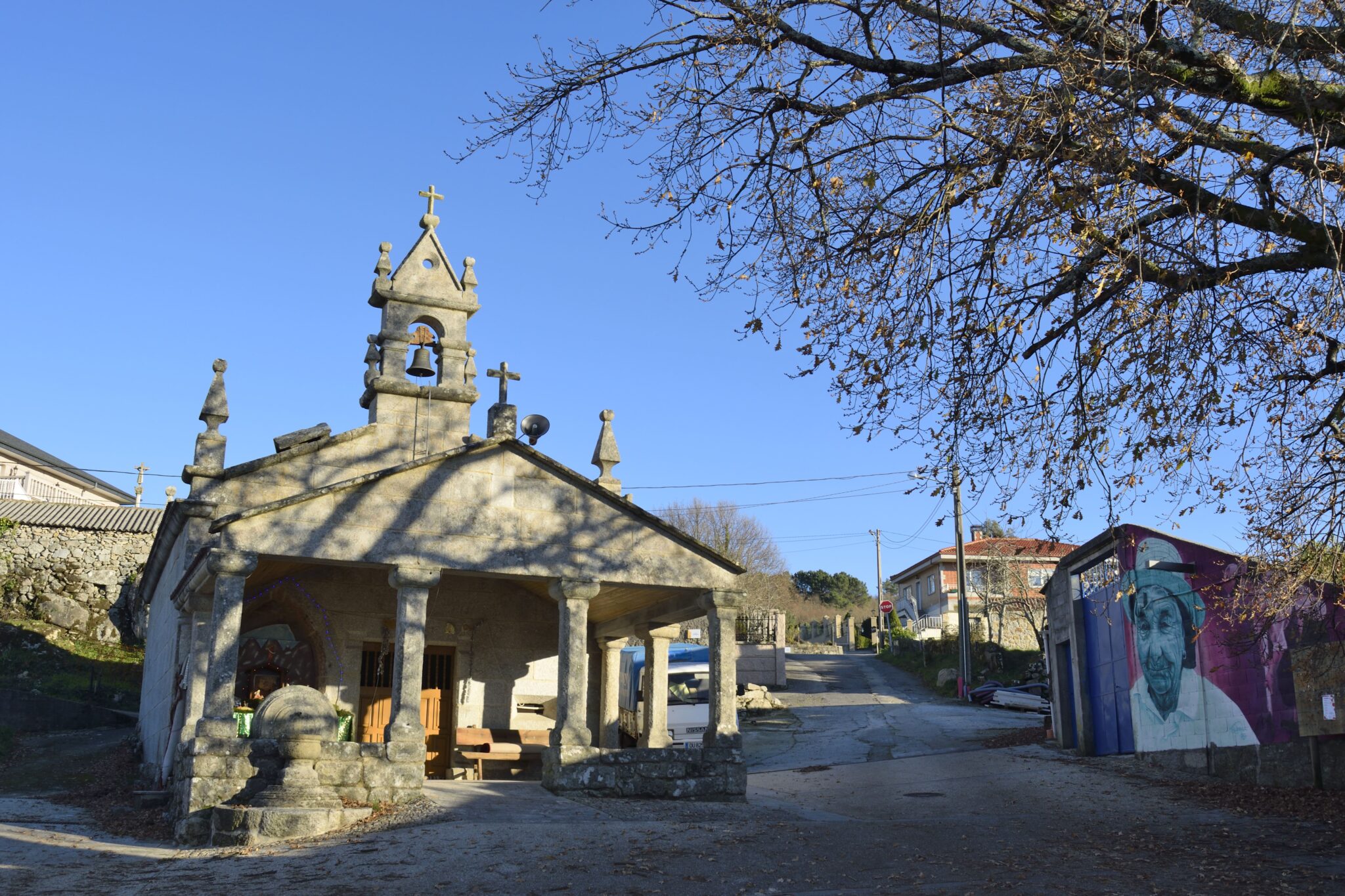 The towns of A Cela and Puxedo, in the municipality of Lobios, are joined by the municipal road OU-1206. They are only 3.5km apart and are relevant for their ethnographic characteristics.

Cela, according to some sources, would be the antecedent of the foundation of the Monastery of Celanova. If we allude to the name of the place, a cell was the monks’ room. In the village there is a small Baroque church that replaced the previous Romanesque one, of which some traces are preserved. Next to it we can see an aira de mallar (field for the mesh), totally granitic and surrounded by granaries (gourds on this side of the Raia).

In the village, the granite cakes mixed with the different constructions built by the residents stand out: houses, cellars, porches… In addition, one of the most unique elements is the village’s oven, which has been completely renovated.

From the place called O Coto, with a large slab located 691 meters high, in the center of the village, we can admire the whole village and also the hills of Fraga Raxada. Here, archeology locates the remains of an ancient medieval stone castle. A trail (with an annual popular walk) leads to Pitões das Júnias, a few kms away, up the hill, on the Portuguese side.

The other village, Puxedo, is also a traditional center of high ethnographic interest. The natural way of life of the place has always been linked to the use of chestnuts, wine and cereals. An example of this is the number of gourds and granite groves that adorn the village. The effort that has been made to recover its heritage is known throughout Galicia. The buildings connected to the bread cycle were rehabilitated and an Ethnographic Classroom was inaugurated. A traditional knit is also celebrated every August 14th.

Unique elements are the graffiti that currently adorn different façades of the village. Made by the galician artist Mon Devane, they are also dedicated to the bread cycle. So we can see seeding, meshing, grinding and cooking. The Bread Museum was recently opened in an old haystack.

In Praza de Santo Antonio (a complex consisting of the chapel dedicated to the saint, a pocket of souls, a stage and four crosses) stands a centenary oak tree and a mural dedicated to the piper Perfecto Rodríguez.

The entire village has twenty granaries built in stone and wood between the 19th and 20th centuries. They are divided into four spaces built with large granite slabs and surrounded by a ledge that delimited their perimeter, preventing the loss of grain. 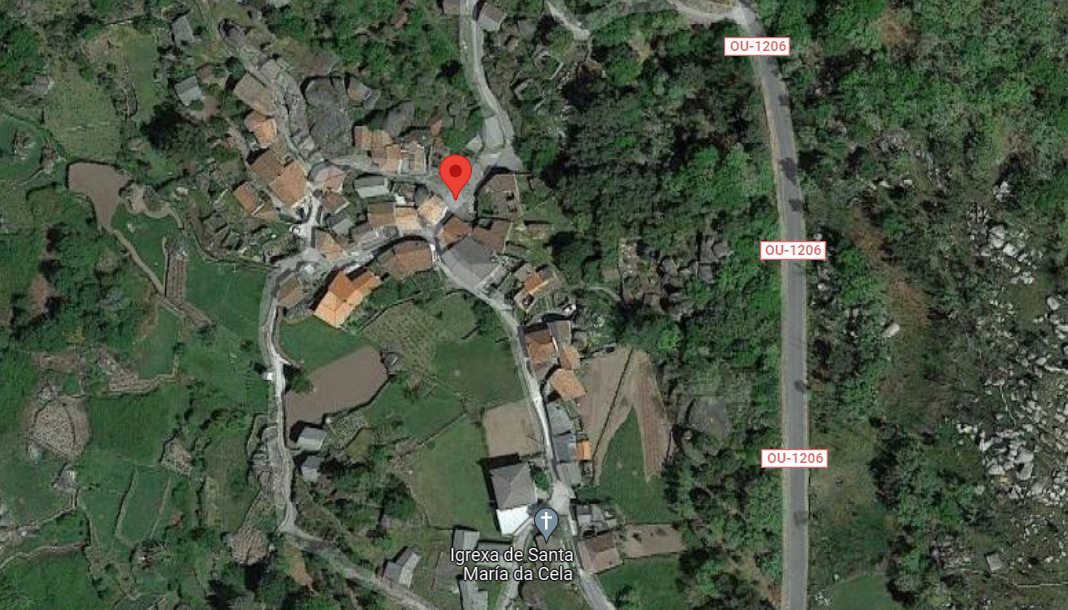 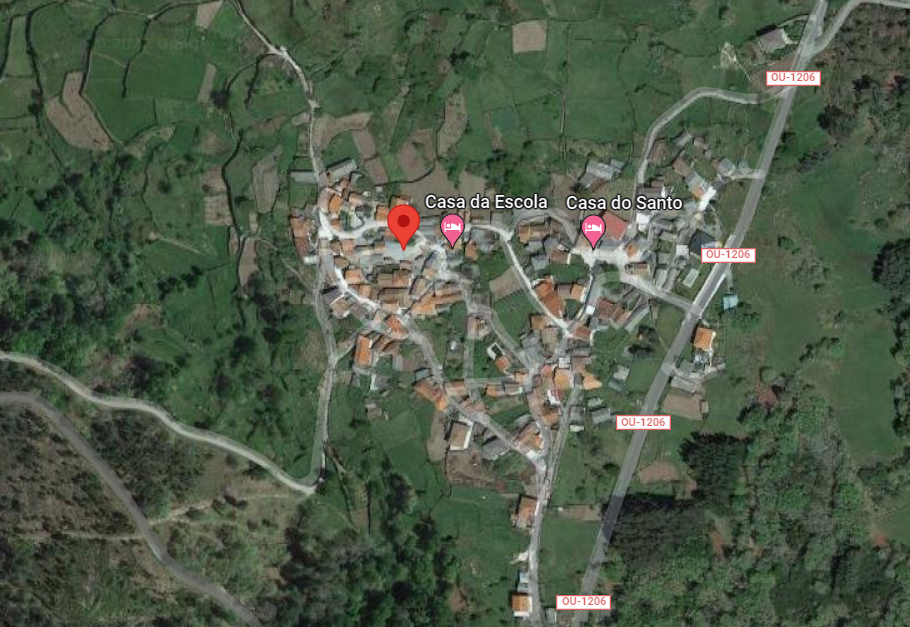 Both places were mentioned by the laureate writer Camilo José Cela, in his novel “Mazurca para dos muertos” (1983)

The Puxedo oven, in common use, was sold to buy the gunpowder needed for the construction of the road between Puxedo and Vila.

One of the large rocks (cakes) that guard the village of A Cela,  it was the birthplace of San Rosendo itself, then key to the development of the village of “Celanova”, according  to the legend. According to other sources, his birth seems to have taken place in Ourense, Porto or even Asturias. 800 meters from the village is the huge “Pedra de San Rosendo”.

Good condition. The visit is free and you can easily reach either of the two hubs by vehicle. For a visit to the exhibition centres, it is recommended to contact 0034 988 448 000.