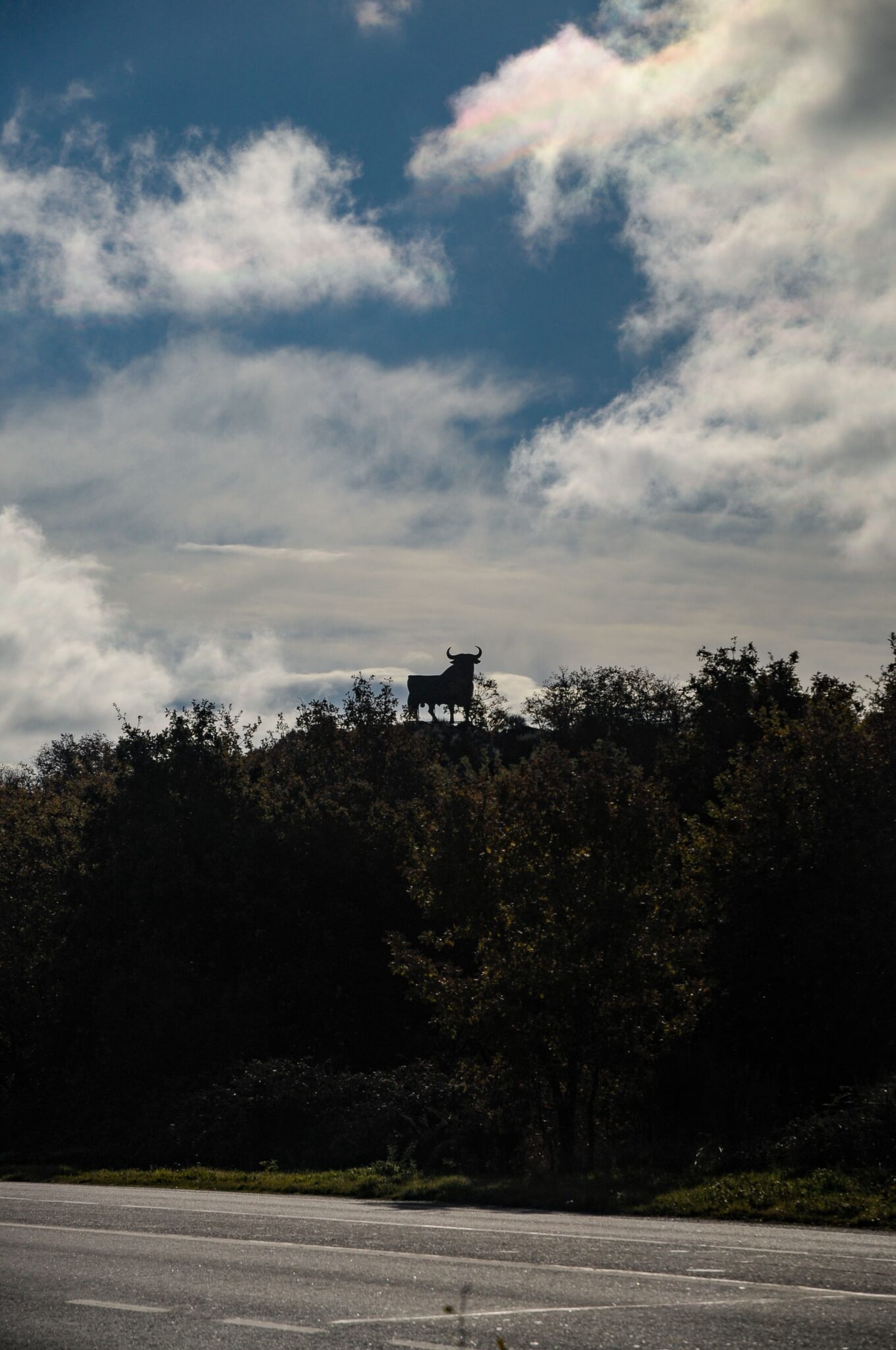 This emblem of the peninsular culture crowns Monte Morouzo, in the parish of Zos (Trasmiras) and is an advertisement for the company Xerez Veterano for its brandy. In the form of a toiro de lidia (fight, fight) and about 14 meters high, they were placed along Spanish roads in the 1950s (the first began to be installed in 1958) The “Azor Publicidad” agency was responsible for this task and the design was done by Manolo Prieto. The first ones were made of wood, 4 meters high, with white painted horns and the “Veteran” branding also in white. The first to be placed was at kilometer 55 of the road that went from Madrid to Burgos, at the height of Cabanillas de la Sierra.

Already in 1961, they began to be made of metal, more resistant to the weather. The size was changed to 7 meters and the following year they would be designed with a length of 14 meters. In mid-1988, the General Roads Law required them to be dismantled, but they remained in effect until the publication of the General Roads Regulations in 1994, which required their removal. Autonomous communities, municipalities, associations and relevant figures in politics and culture at the state level expressed their support for its maintenance. They were finally declared “Cultural and artistic heritage of the peoples of Spain” and in 1997 the Supreme Court ruled in favor of maintaining them.

Nowadays they are declared Assets of Cultural Interest. A total of 91 of these bulls are preserved across Spain, five of which can be seen in Galicia. In March 2010, this one preserved in Trasmiras was replaced by technicians from Osborne after being torn apart in January of the same year by the wind. 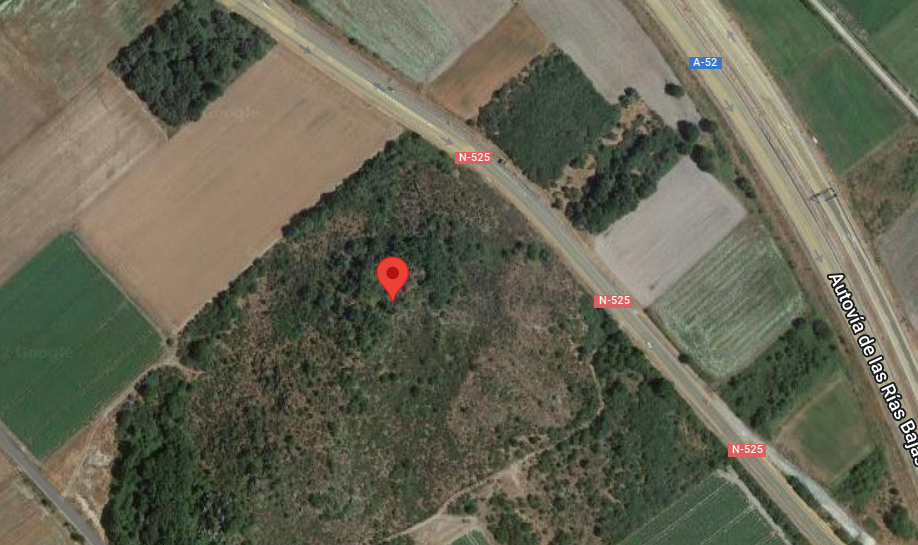 The bull weighs about 4000kg and was painted with 50kg of black paint. Its shape is made of rectangular panels attached to each other and attached to a metal frame. It is supported by four towers placed on the reverse, at the height of the legs.

Good condition. The external visit is free. Care must be taken with traffic, as it is at the foot of a highway, where motorized vehicles pass.