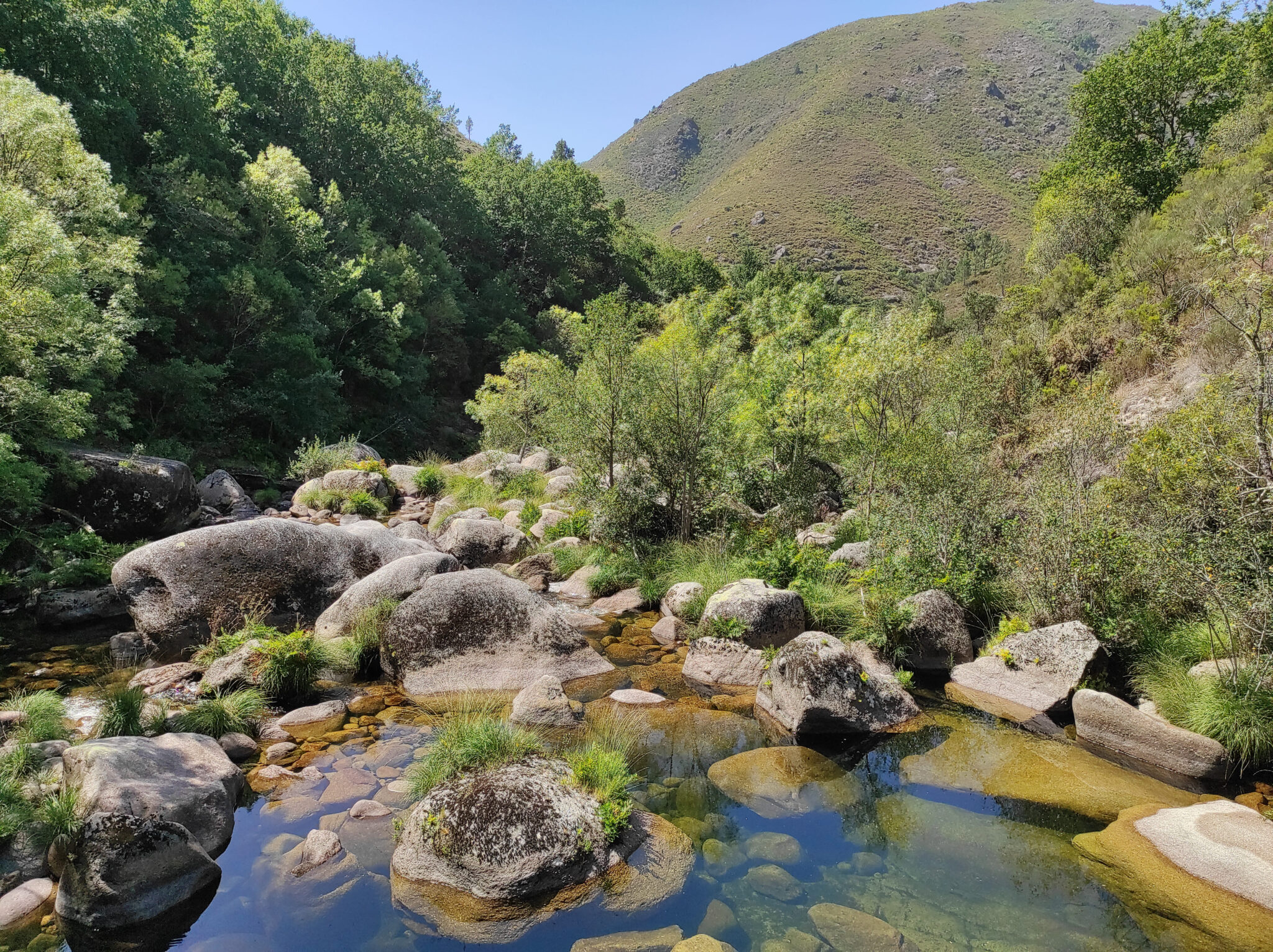 The Laboreiro (or Barcia) river is not just any river. Like the mountain of the same name, its toponymy refers, in Latin, to an area that the Romans once described as “land of hares”… an area declared a Fluvial Nature Reserve in 2015, with excellent water quality and without population pressure of any kind. The river, of oceanic pluvial character, rises in Serra do Laboreiro, in Giestoso (Melgaço), on the plateau, and runs through a very boxed valley between the two sides of the mountain, with the mountains of O Quinxo and Queguas on the Galician side, and with the famous Serra da Peneda on the Portuguese side. It is a small border river (Entrimo-Melgaço), but with many waterfalls, gorges and granite boulders, with waterfalls and crevices carved into the rock. The vegetation is very extensive, and the river system, in a sparsely populated area, is not threatened. Right on the final stretch, reaching the Lindoso reservoir, and below the border village of Olelas (opposite Várzea), are Pozas do Mallón, an idyllic place to enjoy a dip in the summer. On the right bank, the trail starts just before the lagoons, with signs indicating the fauna and flora to be preserved in the Gerês-Xurés cross-border Biosphere Reserve (RBTGX), continuing to a viewpoint and ending at Ribeiro de Baixo, on the Portuguese side.  It is one of the “smuggling” routes, in an area historically forgotten, neglected and conducive to the passage of products and merchandise from one side of the Raia to the other. 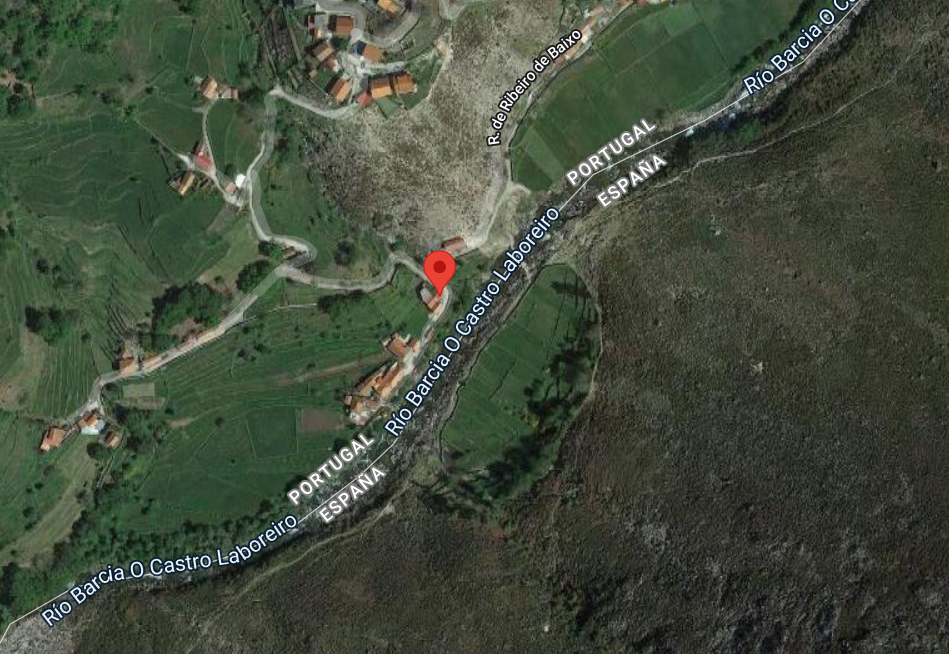 Olelas. Access to Pozas do Mallón and the Fluvial Reserve. 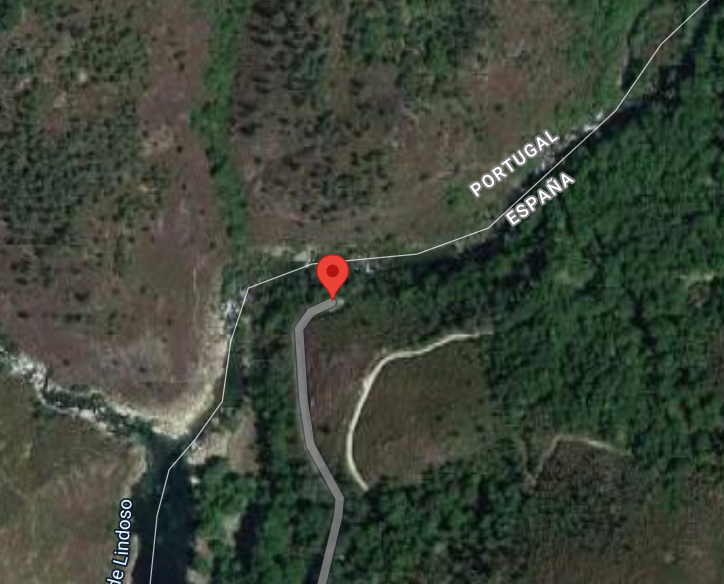 Free access from Ribeiro de Baixo or Olelas. Be very careful in the river rapids.