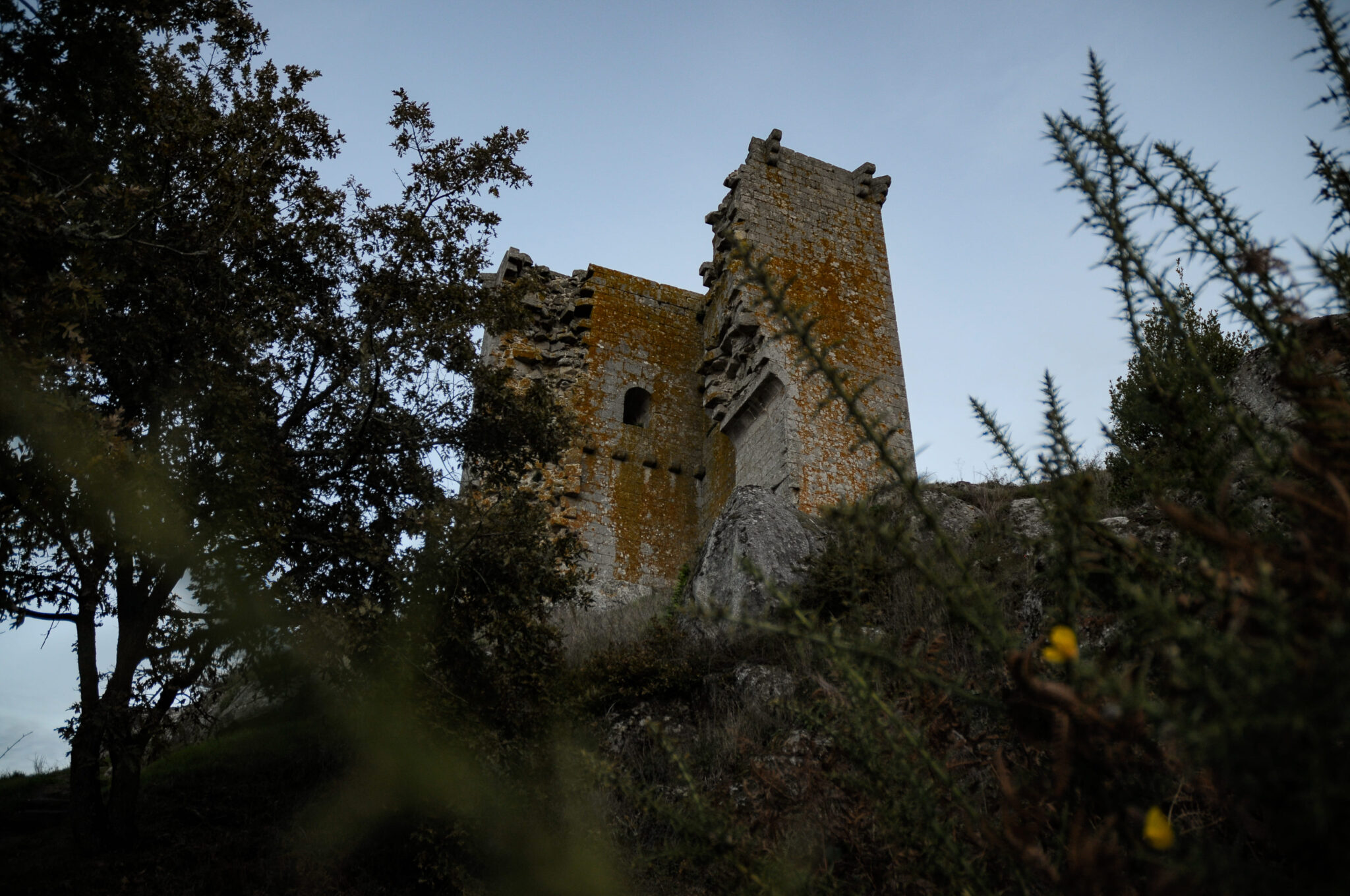 The Castro Tower was built in an elevated and strategic area in the natural passage between the Lima and Arnoia valleys. Built, according to historical data, in the twelfth century, its origin is shrouded in superstitions and legends.

Its current face seems to be the result of the response to the border struggles between Alfonso VII of Castile and León and Alfonso I of Portugal. Both fighting for possession of the county of A Limia. Despite this, the tower witnessed different battles, noble struggles and the Irmandiña Revolt in the 15th century.

It’s not the only visible tower suitable to visit in the area. Along with others still standing, such as A Pena in Xinzo da Limia and A Forxa in Porqueira, it is part of a set of fortresses considered “guards” of A Limia. These towers, some of which have now disappeared, such as the one at Celme in Rairiz da Vega or the one at Canderrei in Trasmiras, communicated visually with each other.

According to some researchers, the Torre do Castro was even invaded by the Duke of Lancaster in the 14th century, in his eagerness to claim the throne of Castile. In the following century it would be in the possession of Alonso Pimentel, Count of Benavente and lord of the village of Allariz. Some time later, in the second Irmandiña Revolt (1467), it was demolished and burned by the hands of Alonso de Paredes’ men and with the collaboration of a servant of the besieged.

In the Spanish-Portuguese war of the 17th and 18th centuries, which would lead to the restoration of Portuguese independence, it was a meeting point for troops for later distribution to different points on the border.

Currently, and after decades of disuse, only part of the tribute tower remains from the previous fortification, consolidated in 2020. This tower, with thick walls and a quadrangular plan, consisted of a basement, three floors and a terrace. It is known, thanks to the preserved remains, how it would be distributed. From the first floor, the rest of the floors were accessed via wooden stairs. Access to the upper terrace is via an interior staircase in the wall. 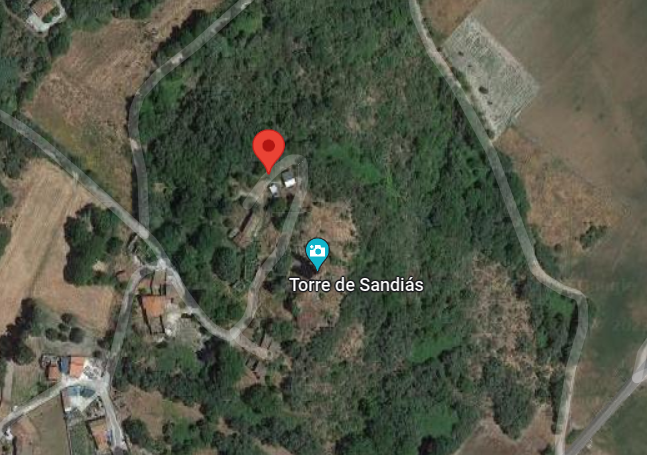 A legend from the 9th century tells that, in the time of D. Afonso “O Casto”, the tower belonged to Sancho Dias de Saldaña. This would have the king’s sister, DNA. Ximena, a bastard son, known as Bernaldo de Carpio, one of the greatest lords of A Limia. This story would become famous and would be expanded by pilgrims on their way to Compostela, under the golden mystique of a novel that emerged in a mysterious lake and in a river that made you lose your memory, which the Romans already spoke about in their time.

– Cultural and tourist magazine of the municipality of Sandiás ¨A Torre do Castro¨ (Number 1. Year 2007)

The ruin was consolidated and declared a Site of Cultural Interest. It can be visited freely. Access is pedestrian.